Peter Evans defines counterhegemonic globalization as being "the growth of transnational connections [that] can potentially be harnassed to the construction of more equitable distrbutions of wealth and power". The people who have joined such transnational connections, mostly different social movements, has grown quite a lot since 1973. Their vision: "another world is possible." Evans gives the examples of three broad movements: labor, women's, and environmental.


Starting with labor movements, Evans brings up different movements that have occured in the Southouthern parts of the world as well as in the Northern parts. He brings up a Volkswagen factory in Brazil, the biggest VW factory, which had witnessed its very own workers' strike, when workers refused to work, "trying to reverse job cuts". The president of the Central Unica dos Trabalhadores (The Central Guild of Workers) for VW went straight to the head of the issue, and was able to bypass the management in Brazil by talking directly to those people at the VW's 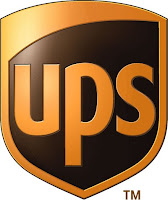 world headquaters. He was able to produce an agreement and people got their jobs back. A more global example is that of a UPS strike in 1997, when UPS was "seen as representing the intrusion of the "American Model" of aggressive antiunion behavior, coupled with the expansion of part-time and temporary jobs with low pay and benefits adnthe use of subcontracting." The strike against UPS went as far as soem European Unions who also felt that by joining forces with the American strikers, that it might be easier and morlikely to accomplish their goals. During modern days, there aren't many people who are employed in a union anymore, even though times change, it is still possible for the world to try and come together.

Due to this new globalization, the transnational women's movement has been brought forward in the order of social movement orgaizations. While the women's movement has been quite like the labor movement, in working with the issue of human rights, it also has more difficulty with the "contradictions of building politics around the universalistic language of rights." Evans points out that although many people have seen that good things have come out of the femanists' movement, that the UN was still scrutinized for playing with these women. By making it seem like everyone was equal, they didn't actually go along with what they said. While women have more and more rights in the United States, other countries aren't quite the same way. The development of a new organization in places such as India, South Africa, Turkey, and other countries in Southeast Asia, Africa and Latin America, called the "Self-Employed Women's Association" (SEWA) has become an intricate part of many cultures and governments.


Environmentally, though it is not something that markents may not resolve, but is instead left up to the people. Like the women's movement, the environmental issue is "private" and "therefore not a appropriate target for collective political action". One of the biggest issues here is because there are different types of issues: ones that seem global (global warming) and the other ones that are more local (spread of a virus in a local community). While there problems are far from solved, "the global environment is usually considered among the most successful og the transnational social movements." This may be because there are many political aspects of our lives that are affected by the environmental issues that our world is facing or has faced or even will face in the future.