Not Just In Mexico 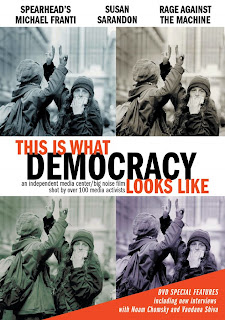 Parts of the Zapatista movement and their symbols have carried on throughout the world and have been used by the people there. For example, during the 1999 revolt in Seattle, Washington against the World Trade Organization (WTO), along with carrying signs for the Zapatistas and their cause in Mexico, the protesters used bandanas over their faces in order to escape the tear gas. During the past two days, our history class has watched a documentary called "This Is What Democracy Looks Like", an entire documentary on the riots in Seattle and what happened there according to the protesters. 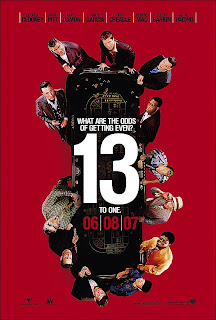 There is also the use of simply Zapata in several movies, one being Ocean’s Thirteen (one of my personal favorites), a story about a group of thirteen people who plan on robbing a casino and ruining the owner’s life. Part of this story takes place in Mexico, where the dice used in the casino are made. The workers there start a protest to raise their wages up 5% to $3.50 a week. The group decides that they can just easily write out a check for the $36,000 that would be required to increase the salary of all the workers. While this does not impact the plan that they crew is going through, it still sticks out to show that because they could simply write a check for that amount of money, that Mexico should not be has helpless as it seems, and that foreign help would be appreciated and would be used as it should be used.
Posted by Sara Modahl at 10:15 PM